The Liberals have been doing a lot of whining lately.

They whine about talk radio.

They whine about CEO salaries. 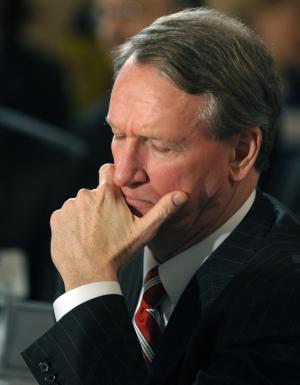 They whine about the “teabaggers.”

And now they’re whining about “the mob.”

So I thought I’d just point out, that all the whining makes you sound like this:

Evil Rich CEOs- What about the Evil Rich Celebrities?

Since the recession and government bailouts, CEOs of American companies of have been excoriated for their overwhelmingly large and totally unfair salaries.

Here is one example:

Excessive executive compensation has taken center stage since the government bailout of banks that began in September 2008. Americans have expressed outrage as CEOs and other executives responsible for the financial crisis have pocketed millions of dollars from bonuses and golden parachutes. CEO perks alone grew in 2008 to an average of $336,248—or nine times the median salary of a full-time worker. Meanwhile, the economy tanked for working people while many companies were bailed out with more than $700 billion in taxpayer money, as well as low-interest loans and guarantees.

You get the picture.

But just how does CEO compensation stack up against Hollywood celebs and pro athletes?  Here is a list of the top CEOs’ compensation in millions from 2008.

Now compare their outrageous compensation to the likes of Oprah Winfrey who just last year made a paltry 260 million (take that Aubry you lightweight!) Or what about Tiger Woods who managed to bring home a meager 128 million in 2008?  Hell the Rolling Stones even brought in 88 million last year and Johnny Depp 92.  Phil Mickelson made 62, Madonna, 72. Even the boxer, Floyd Mayweather managed to scrape together just over 40 million big ones. Need I go on?

So my question to the sanctimonious Left that hate the evil corporations and those copious CEOs that run them is this: why drone on and on about unfair CEO pay but say nothing about the pay of your friends in Hollywood and in the sports arenas? At least the evil CEOs’ and their evil firms deliver goods and services that we need and use. At least the evil CEOs’ and their evil firms keep us at work and employed.  So here’s what I ask you to do and I will even ask nicely, pleeeeaaaaase stop your bitching until you spread the hate fairly. Got it?!